A good human plus machine is the best combination. 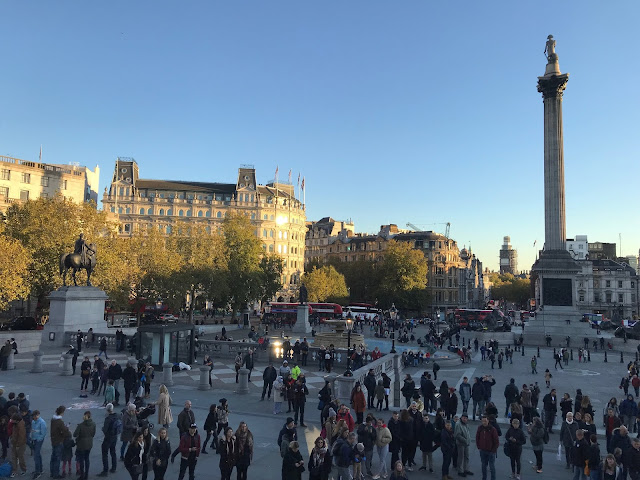 One of the most exciting aspects I find about my staying here in London is the active artistic lifestyle the city posses. For now, my visits to galleries and museums have become very regular. The range of offers into the museums are extensive, from new opening exhibitions, lectures, tours, music and workshops.

Last weekend I planned a visit to the National Gallery. The Museum put up a free drawing session open to all public. It is quite an exciting experience attending this kind of meetings in a museum as the event takes place in one of the gallery halls, far from a tradition drawing classroom. This actually gives a new sense to the experience, being surrounded by masterpieces can be a bit overwhelming but at the same time very inspiring.

The design of the idea and process is straightforward. The organisers assign a specific day and select one of the paintings exhibited there for the session. A group of chairs are allocated before the painting and materials are provided to the guests, then everything is ready to start. First, a lecturer explains the history and context of the oeuvre, exploring its details and significance. After he finishes, a second tutor gives essential guidance and tips to start producing the drawing. For an hour session, it represents quite a challenge. There were in total about 30 people participating in the session, all very excited and concentrated in their work. I was able to see some amateur work while others more experimented. 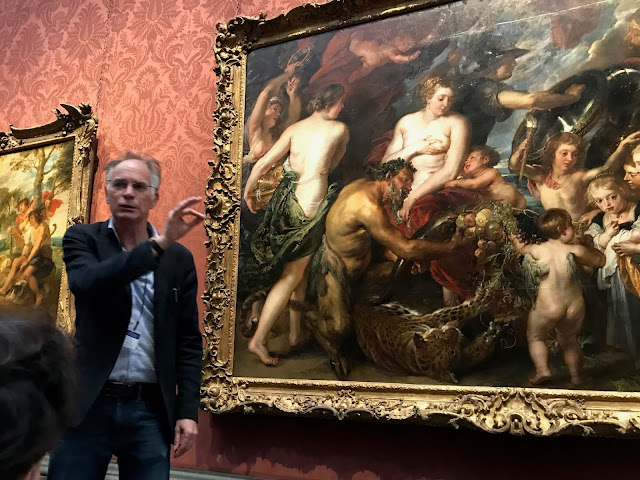 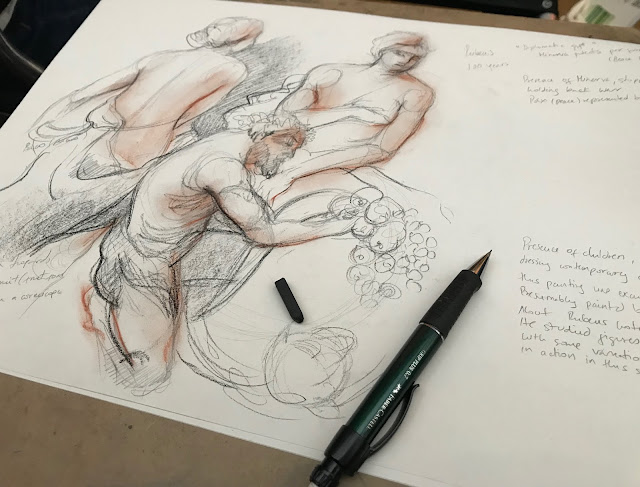 The museum offers this type of sessions every week, and any art enthusiast is welcome and able to attend as many times as desired. The information on the National Gallery website is easy to reach and very clear.

It is interesting to see how institutions like the National Gallery promotes this type of activities, which invite to discover collections from a different perspective by experimenting in a life drawing class. The fulfilment of perceiving art is completed by the execution of the own interpretation, the result of the observation and immersion with no distraction or dispersion which makes the moment and integrated experience.

Posted by LIZ RAMOS-PRADO at 3:30 AM No comments:

LIZ RAMOS-PRADO
London, United Kingdom
Peruvian Visual Artist based in London. Here you will find some information about latest works, research and projects I am currently working on. Contact:lizramosprado@hotmail.com